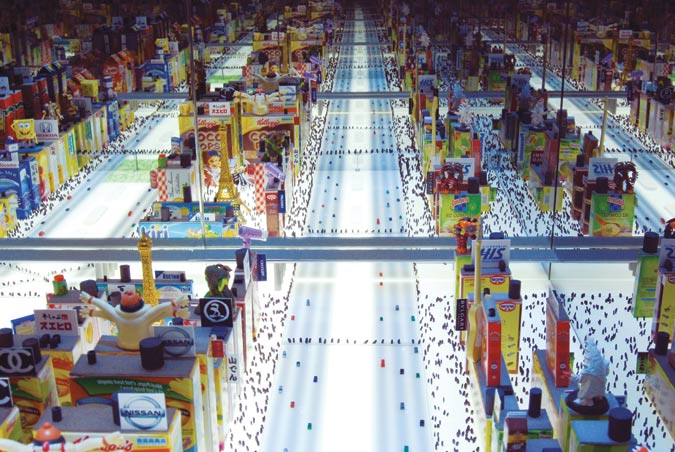 For a while now I have been wondering about just how many people in the fashion sector see sustainability as a product type, a line of garments in an ‘eco’ material, a tradable commodity – and nothing more. How many view it primarily as an opportunity to assign sustainability an economic value and draw it into the fashion market place? I ask, because my intuition tells me that these people may have reached a critical mass. I have no evidence for this really, just a hunch, a sense that the dynamics of fashion-sustainability system are today wildly different between different actors. And that those who engage with sustainability from this perspective – incorporating comfortable environmental and social themes into the mainstream – are speaking with louder voices than ever before and that theirs is the overwhelming message that is being heard.

Of course appropriation of original ideas and activities has always been widespread – in sustainability as in anything else. In fashion whole industries are set up for this express purpose – trend forecasters commandeer the zeitgeist, reduce it to a set of distilled discrete ideas, colours, silhouettes and regurgitate it back into the world. The same dynamic of appropriation happens when a high street chain looks at the catwalk show of a couture designer or trawls the streets to take and reformulate the imagery and culture of other sorts of visionaries and leaders. The result is always to reduce an idea or creative process into a simpler format. But what if the idea cannot be made simple? What happens when a few parts of an evolving, complex way of thinking and acting are hived off and overlaid onto a different, established system?

Sustainability in fashion requires us to reset our senses, to look beyond the monotone familiar to the unexpected pattern world of sustainability

Part of the answer can be found by looking at the Corporate Social Responsibility (CSR) initiatives in fashion. In recent years there has been a huge groundswell of activity, much of which is valuable and which I applaud. But so often what is left after sustainability has become absorbed into such initiatives is, to a great extent, a weak, naïve version of what is possible. The outcome is still utterly dependent on resources in decline – and the brand that puts it out in the world cannot think beyond this. It speaks the CSR lingua franca of value chains – but fails to recognise that it is, after all, still a chain that takes in at one end an emits ‘outputs’ at the other. It supplements the cult of celebrity with the cult of transparency and confuses these proxies for the real goals of authenticity and trust. In the struggle to be taken seriously by the commercial fashion industry, the sustainability movement has conceded ground. It has traded its intricacy, possibility and expansiveness for the prospect of an odd headline and an occasional place at the fashion high table. It has transmogrified from complex, evolving process to commodity.

Only through some clever language engineering could this be seen to approximate towards sustainability – yet it is frequently presented as such. Yet it is quite simply something different. Eminent industrial ecologist John Ehrenfeld’s website header explains it thus, ‘Reducing unsustainability, although critical, will not create sustainability’. Sustainability in fashion needs to reclaim its roots.

While the prospect of a radical re-visioning may sound wrong-headed to those working on the task of increasing efficiencies and reducing waste within the mainstream – and who directly experience environmental gains and personal fulfilment from doing so – creating sustainability involves an alternative approach. It requires us to reset our senses, to look beyond the monotone familiar to the unexpected pattern world of sustainability. Sustainability in fashion is more than a new initiative around chemicals restrictions, a materials index or universal standards and tools for defining and measuring environmental and social performance. It is a chance for all of us who are part of the broader fashion ecology to flourish. Let a chorus of different voices say ‘aye’. 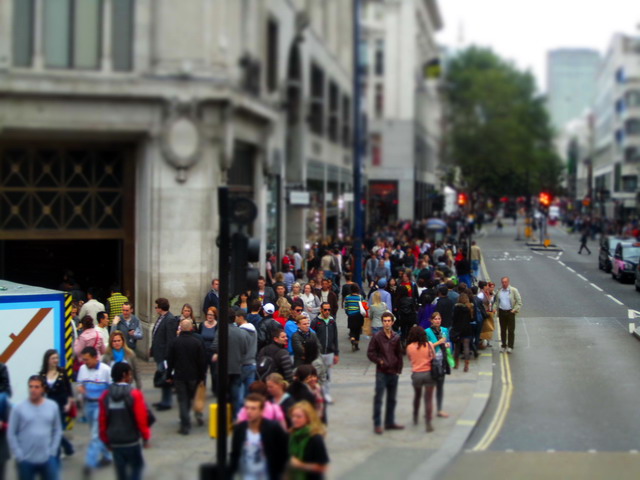 The language and expression of the consumer society in fashion is so overriding that we hardly notice it. In the collective cultural consciousness, fashion is consumption, materialism, commercialisation and marketing. It is buying high street and high end. It is watching, shopping, purchasing. The prevailing consumerist fashion style and story appears ‘natural’ to our way of thinking and behaviour: it is normal to access and engage with fashion primarily by exchanging money for product; it is expected that these same products will look dated and stylistically incongruous in six months; it is usual to discard rather than repair. It also appears that this state of affairs is freely chosen.

Dig a little deeper and we see other forces at play. It soon becomes apparent that consumerist fashion is locked into a cycle of self-justification, creating the very conditions by which it becomes both dominant and credible. We see an ever more rapid cycle of new product introduced in stores (up to 12 season per year and moving towards a strategy of continuous replenishment (Anson, 2010: 4)) because retailers compete on novelty. We buy poor quality items increasingly often because their inferior materials and construction means they fall apart quickly and need to be replaced. We grow our reliance on fashion that can be made into and traded as a commodity because the consumer society fails to value activities that can’t be marketed. In the consumer society we organize our ideas about fashion around commerce and consumerism and end up becoming dependent on them.

The domination of consumerist fashion within the fashion mindset means that alternatives are squeezed out. Other options seem unworkable.

Justin Williams (2010: 251), in his contribution to the excellent book ‘The Environmental Politics of Sacrifice’ calls upon Herbert Marcuse’s insights into the key factors which influence the governing story, technology, or ‘project of realization’ in society. It is, to paraphrase, all down to dominant interests. And the interests of the dominant parties favour one particular story and way of experiencing (in our case) fashion and; in the process of favouring one story these parties deny and reject others. The domination of consumerist fashion within the fashion mindset means that alternatives are squeezed out. Other options seem unworkable. In such a context, alternatives become seen, in Williams’ words as, ‘the booby prize’ (2010: 263), because cultural conditions create desire for the current set up and alternatives from outside the status quo appear inferior, impractical and unattractive. Indeed perhaps this explains why so much time and effort is spent making those alternatives that already do exist fit in with – look the same as, perform the same as – the way things are now.

Yet the key point here is that the status quo is not the only possible state of affairs. The prevailing system is the result of intentional, political choice and as such consumerist fashion is a power structure rather than an expression of our desire for dressing ourselves in commodity products. It is a way to expand the control of those with influence, not a reflection of fashion’s wider potential and practice. To return again to the arguments made by Justin Williams (in his piece, about cycling); consumerist fashion is not freely chosen by shoppers (its the only option), nor are the fashion alternatives freely ignored (they don’t know about them) (Williams, 2010: 256); instead it is dominant economic logic, business models, organisational structures and culture that dictate the prevailing view and experience of fashion – and refute alternative views. Seen thus, consumerist fashion not only damages the resource base, workers, consumers, etc., but also – and perhaps more insidiously – represses innovation; stifling anything other than that which benefits those invested in the status quo. To this, the response of those of us who love nature and the creative and cultural power of fashion and design can only be to invigorate innovation of these alternatives and develop a different plan of action. It is in this space of a different and varied plan of action where I situate my work. Join me.

Click here for information on how to cite this blog.